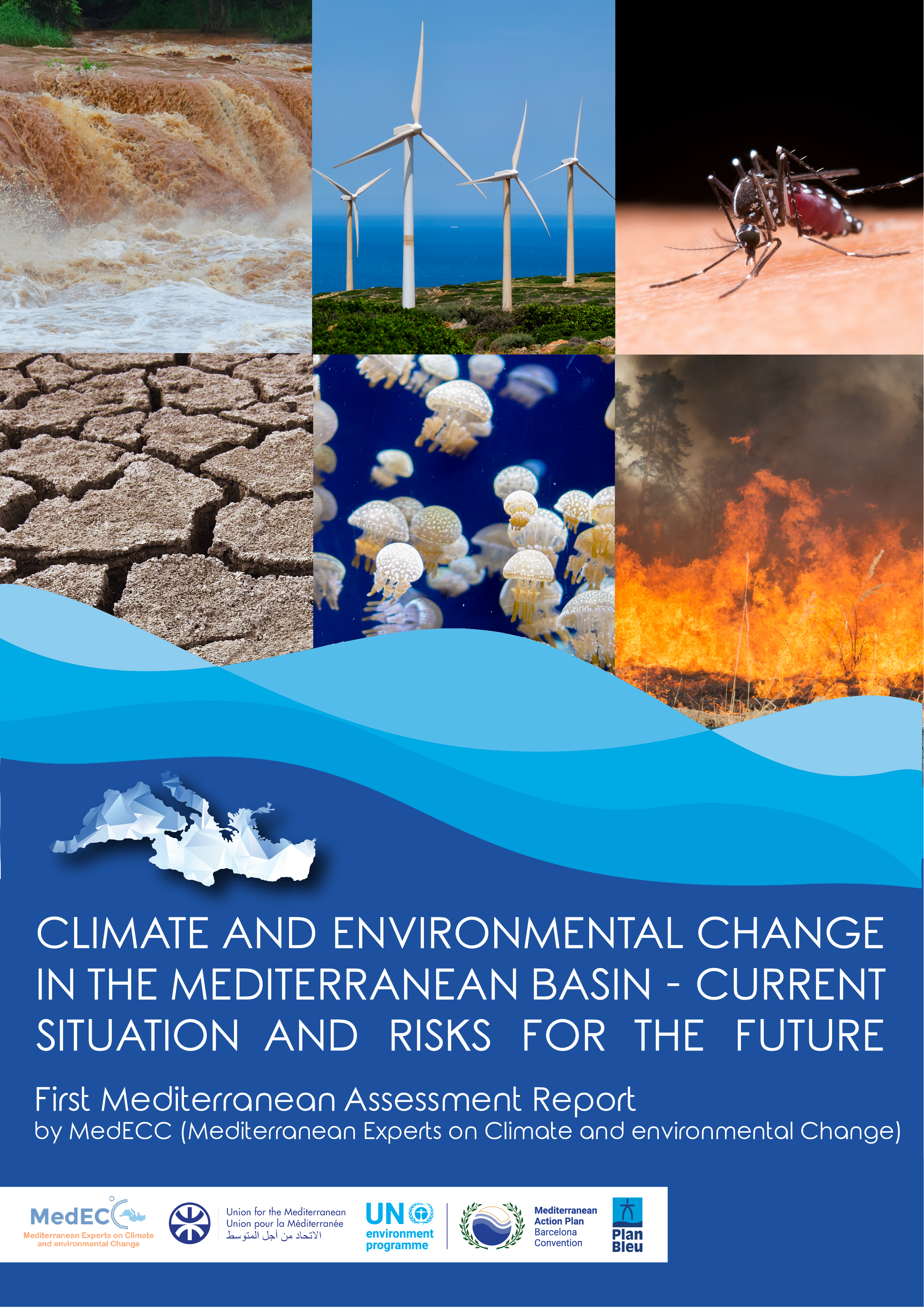 The report assesses the best available scientific knowledge on climate and environmental change and associated risks in the Mediterranean Basin in order to render it accessible to policymakers, stakeholders and citizens. It includes a Summary for Policy-makers (SPM), which comprises the key messages of the MAR1.

The report has been put together through the efforts of almost 190 scientists from 25 countries, including from our Climate and Atmosphere Research Center (CARE-C) and the Energy, Environment and Water Research Center (EEWRC) of the Cyprus Institute, all contributing in individual capacity and without financial compensation.

MedECC is an open and independent international scientific expert network acting as a mechanism for decision-makers and the general public on the basis of available scientific information and on-going research. The construction of this network responds to several intentions of regional institutions, such as the UN Environment/MAP through the MSSD 2016-2025 and the Regional Framework for Climate Change Adaptation in the Mediterranean, and the Expert Group on Climate Change of the Union for the Mediterranean (UfM CCEG). MedECC includes more than 600 scientists from 35 countries.

The report can be accessed here