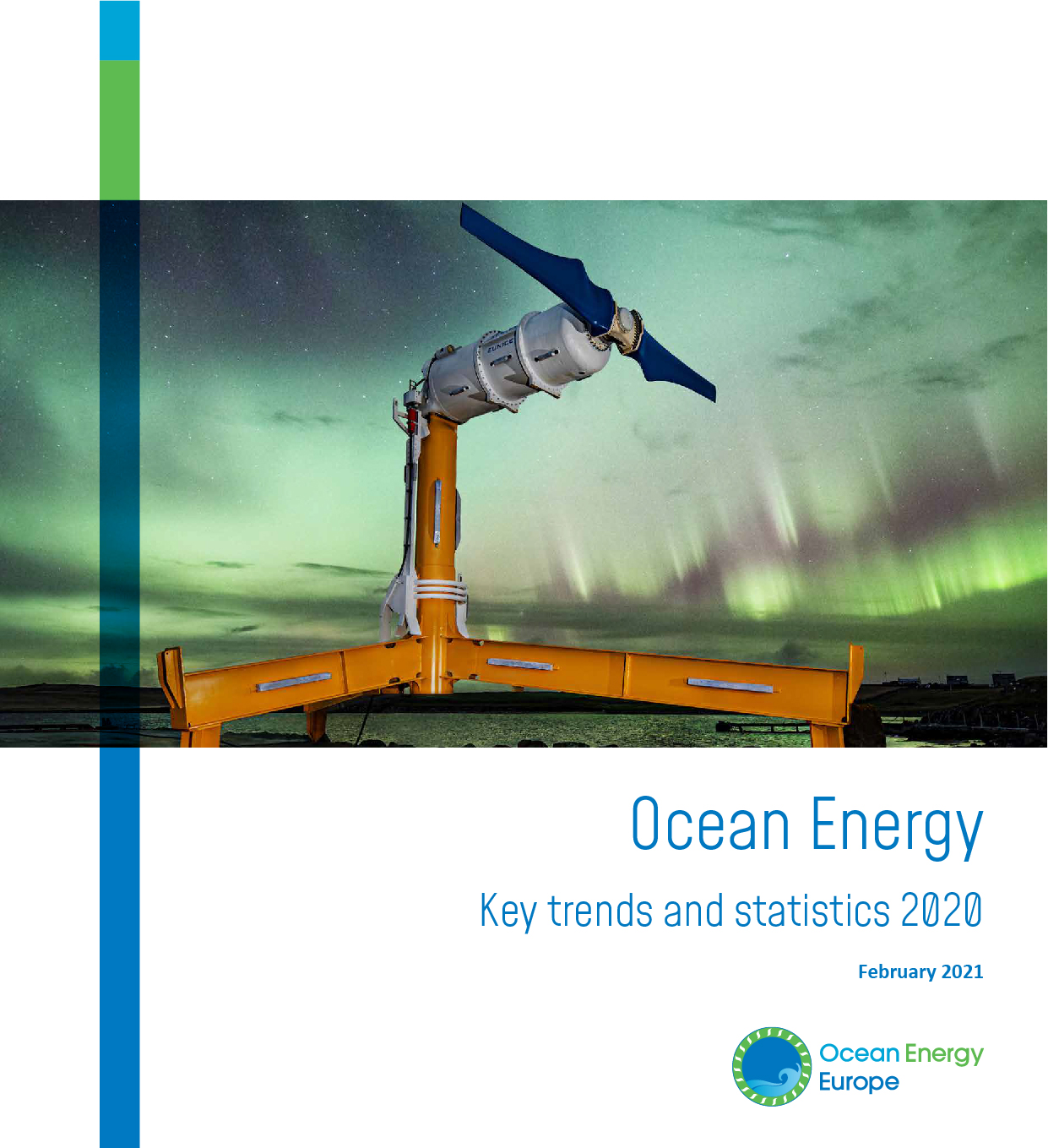 Even in a year as challenging as 2020, ocean energy devices hit the water, significant investments deals were signed, and new manufacturing facilities launched. According to statistics released today by Ocean Energy Europe, tidal and wave energy devices were installed in the UK, the Faroe Islands, Spain, the US and China: all in spite of the inevitable delays and restrictions caused by Covid-19.

To install devices and avoid project cancellations during a global pandemic is clear evidence of ocean energy’s resilience to shocks and slowdowns. The industrialisation of the sector is gathering pace, with project investments of over €45m in 2020, exciting export contracts for European developers, and new state-of-the-art factories and research labs.

The European tidal sector passed the 60 GWh cumulative electricity production milestone in December. This shows that installed projects are producing power steadily and reliably even with reduced access & maintenance possibilities.

Political support is just as buoyant, as the EU announced specific targets for ocean energy in its new offshore renewables strategy, including 100 MW by 2025. The US and China have also earmarked substantial funding for the technology’s development.

Supportive policies in the rest of the world mean that many European developers are setting sail for distant shores - Canada remains an appealing location for many, with a number of projects planned in Nova Scotia. The result is that the installed capacity gap between Europe and the rest of the world continues to narrow.

In the Mediterranean, Politecnico di Torino and ENI have opened a joint research laboratory, the Marine Offshore Renewable Energy Lab (MORE). The lab will bring together researchers to maximise expertise on marine energy and accelerate industrial deployment of offshore renewable technologies. This initiative establishes Italy as a new hub in ocean energy development and will support ENI’s plans to deploy the first wave energy farm in the Mediterranean.

For more information about key statistics on ocean energy please visit this page.

You can download the Ocean Energy key trends and statistics here.