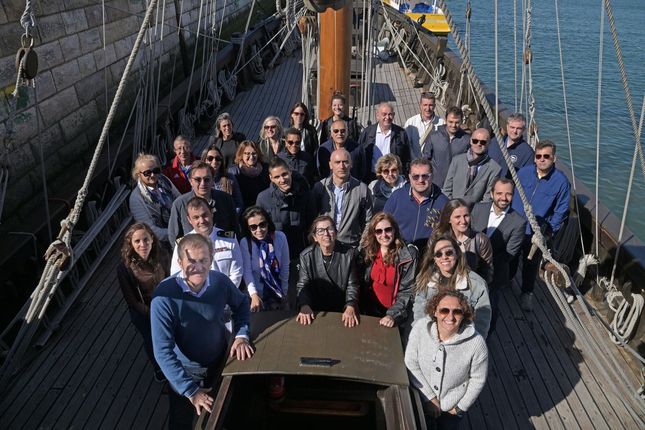 On the 29th and 30th of September, the final event of the Blue Growth Community project, entitled “Sustainable Blue Economy in the Mediterranean” was celebrated in the city of Lisbon, Portugal, more precisely, in the Belem district.

The conference brought together the members of the Blue Growth Community and its MED Blue Growth projects, with a great participation of most of its representatives, to discuss the six years of implementation and achievements of the project in the Mediterranean region, that allowed the transferability of good practices for a sustainable blue economy.

The main blue economy capitalization results were presented during the conference, with special emphasis on the three main ones that were capitalized by the Blue Growth Partnership:

The Blue Growth Final Conference also served as an occasion to look at future cooperation opportunities for the new EURO-MED Programme, starting with future recommendations, based on the lesson learned from the Blue Growth Community.

On Friday morning, an interactive session was held aboard Caravela Vera Cruz, an exact replica of the anciente caravels used by the Portuguese during the Age of Discoveries, in which each person commented in one word on the legacy that the Blue Growth Community will deliver and what the future expectations are for what is to come.